“Dance has been my freedom and my world. It has enabled me to go around, scale, bore through, batter down, or ignore visible and invisible social and economic walls. Dance is my medicine.” Pearl Primus

Our muse for this edition of Upside Down is Pearl Primus (1919-1994) born on the Caribbean Island of Trinidad. Her family relocated to New York City when she was 2 years old.

Her dancing career started unintentionally when she began working for the National Youth Administration backstage in the wardrobe department for ‘America Dances’ Productions. She had initially sought jobs as a laboratory technician to fund her education in biology at Howard University, but because of her colour and racist hiring practices, she quickly found herself performing the latest swing steps on stage instead.

In 1914, she joined The New Dance Group, where her exposure to artistic activism and formal study of dance began. “Dance is a weapon” was the motto of The New Dance Group, and they instilled in their artists the importance of grounding their performances with an awareness of the political and social realities of their time. In those days many white critics believed ‘African Americans’ were incapable of learning ballet or forms of modern dance, no matter how much they excelled in the Harlem ballrooms, but Pearl Primus confounded contemporary practices by infusing modern, swing and live drumming dances.

Throughout her life her political leanings evolved and changed from youth communism groups to African American nationalism and she was even watched by the FBI. In 1944 she performed at a freedom rally in Madison Square Garden to challenge the racial and economic inequality in America and highlight the indignity of segregated transportation such as the Jim Crow Car.

During the war years she was also part of a multiracial group of leftist intellectuals and artists who hoped the war would give them the opportunity to reshape the United States with a more radical democracy.

Primus wanted her art to bear witness to African American suffering and she made trips to the south that opened her eyes and gave life to performances such as ‘Strange fruit’. Of her experiences in the south she stated “I could not hate anyone. It was a pathetic scene, both sides swallowed by fear of one another.’ She returned with a sense that the problems in the south were structural in nature. She also saw the struggle against white supremacy as international, her trips to Africa  also influenced her work and stufy and much of her dance honoured the dignity, magnificence, and depth of African culture.

From biology, to dance, to activism, to anthropology, it is clear that Pearl Primus was continually trying to reach a deeper understanding of the mind, body and soul. Most identifiably when she states ‘dance is my medicine’ we can also begin to understand how we can use dance to heal ourselves and our communities. It is impossible to summarise the life and achievements of Pearl Primus but we hope you will explore more with us as we continue to be inspired by her.

Tehmekah MacPherson (2017) The Afro-Triad Method: Preserving and Learning from the Legacy of Dr. Pearl Primus, Dance Education in Practice. 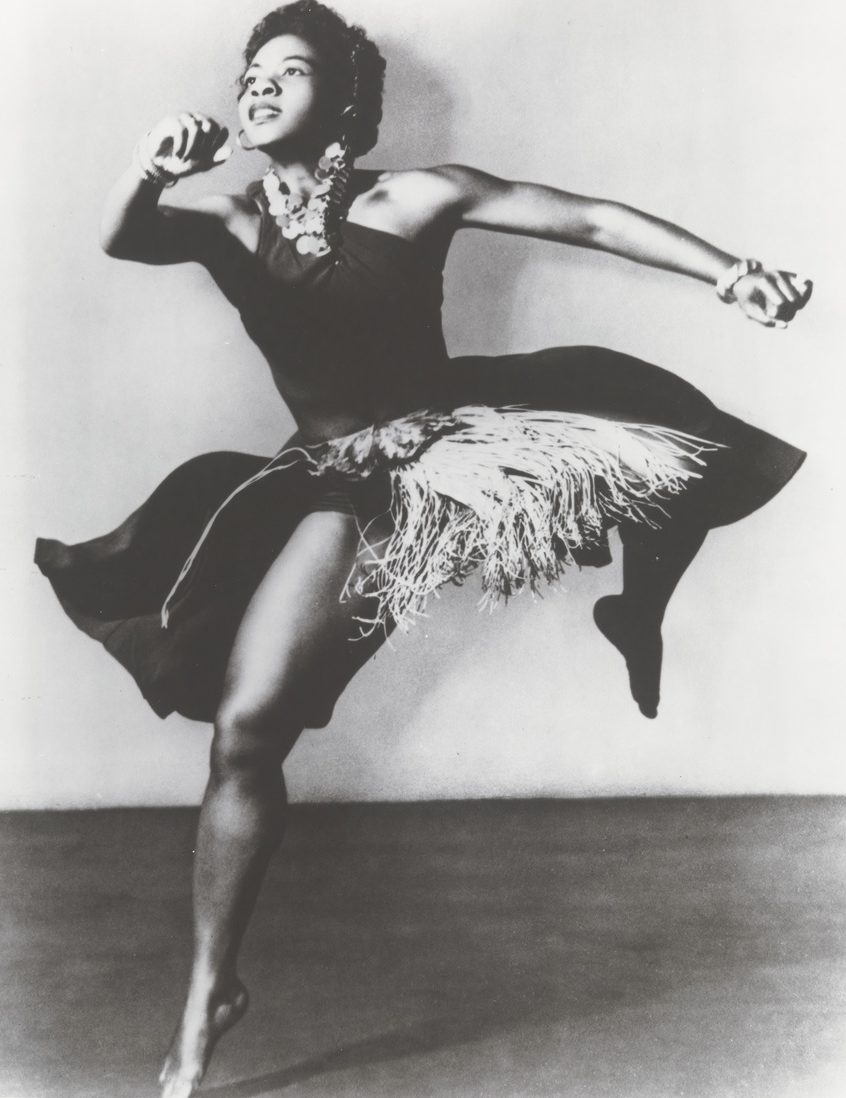